Carla’s On Running Journey to OCC

Every big race is a journey. OCC was a race to support friends for Carla doing UTMB. Running the last 56 kilometers of the UTMB Route was the perfect race for her armed with On Running’s trail weaponry in the Cloudventure Peak.

While 100 mile UTMB race has been the main event of the world series of running, there were also other events happening within the week.  OCC, which goes through Orsières, Champex and finishes in Chamonix, is the last 56 kilometers of the UTMB Route. That’s the journey for our very own Carla Jereza to finish as her personal milestone and as a means to support her friends joining the longer distances.  It was the perfect race for her, which requires 3 UTMB points and goes over the same sacred UTMB route.  It’s not an easy course though since its 56 kilometers, 3500 meters of elevation gain and the severe weather conditions of Chamonix.

On Running has given runners that running on cloud feel on the road and trails. Armed with the cloudtec technology, it’s both serves as a cushion on the foot landings and a bounce on the next foot stride.  Cloudventure Peak is the trail weaponry for On Running and that’s Carla’s weapon of choice for this journey.  On Cloudventure Peak is a minimalist shoes that are fast, lightweight and comfortable without sacrificing traction and performance on either uphill or downhill. In other words, it’s your fast racing shoes on the trails.

Carla didn’t have a structured training program as the first part of the year until July, she was on triathlon training mode.  After July, it was her time to join local races for her long runs and the more “serious” running.  It was weekdays at the gyms and stair climbing and weekends on the mountains.  She just runs whenever she can. Carla joined two local runs before the OCC and it was Salomon Xtrail and BTR Double Terrain. Both races were under extreme muddy conditions owing to the rainy season.

“It felt like running on clouds. They performed very well on the varied terrain. The Cloudtec system provided cushioning especially on those sharp rocks.”

That’s what Carla has to say with the Cloudventure Peak as she raced and trained her way to the starting line of the OCC race in Chamonix.

“It felt great to be back and spend a full week this time. The last time we were in Chamonix 2 years ago was to support Coach Ige and the Filipino runners, we only spent 2 days there and since then I really wanted to go back. For me, it really is the happiest place on earth. – Carla”

It was a really cold and gloomy weather for the race, which was not her comfort level as she’s more accustomed to the heat and humidity in the Philippines.  Here’s some insights on the race.

Her toughest part in the race

“I would say the toughest part was the climb to La Giete kasi pagdating ko sa peak, sobrang windy and basa na yung damit and shoes ko and nag numb na yung kamay and paa ko sa lamig, so I was struglling the whole time. Buti nalang may Refuge sa taas, so I went in to add an extra base layer.”

Her favorite part of the race

“My favorite part of the race was the first 1-3KM, a lot of people were out on the streets to cheer and ring their bells, nakakaiyak siya. Also, the last 8KM of dowhnill from La Flegere to Chamonix. I felt relieved and really excited to finish kasi sobrang malamig na talaga.”

Lowest Moments of the Race

“I actually had a lot of low moments in the race. The whole time kasi, it was raining, gloomy, windy, very cold, foggy, no views at all to distract you from the suffering. I was just looking forward to getting to the aid stations. Inisip ko din na, “maiksi lang ‘tong race mo compared sa race nilang lahat kaya you have to suck it up.” haha

First 25 Kilometers of the race

“It was hard cause it was mostly uphill and my body was having a hard time adjusting to the cold. I couldn’t feel my hands and feet kasi numb na siya.”

“Biglang nag ka energy kasi last climb nalang. Haha And it was mostly downhill after you reach the ski resort at La Flagere.”

“Best feeling EVER. Pagpasok ng Chamonix, the streets were full of people cheering and shouting “Allez! Allez!” til you reach the finish line.”

On how On Running Perfomerd during the Race

“Overall, I was really happy with how the shoes performed. It was after all, born in the Swiss Alps. Haha”

What’s Next for Carla

Finishing any race is always great for Carla.  The full UTMB race is more of a bucket list item for her as of now.  She still needs to go over on moving up on the distances like running a hundred kilometers before moving up to 100 miles.  Her OCC race also gave her a lot of lessons from relaxing more and not stressing on things beyond her control and yes, bring gloves the next time.

So what’s next Carla?

“I honestly don’t know yet. Haha Maybe move on from 50K (like they always tell me) and register for my 1st 100k next year?”

It Takes a Village to Race an OCC Finisher 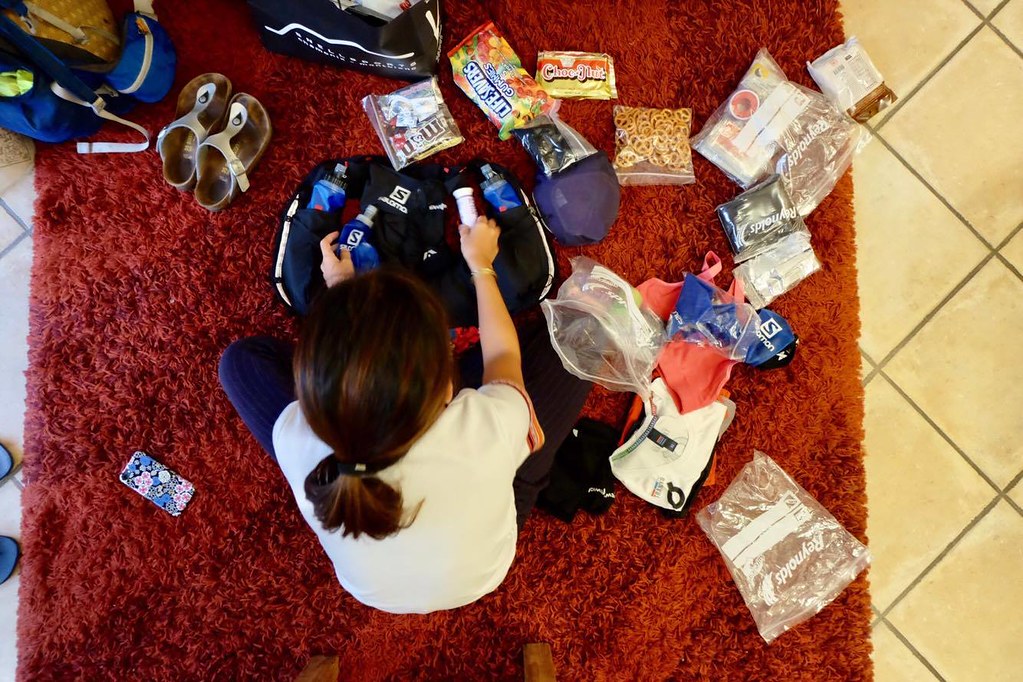 Of course, after a successful OCC Race for Carla, here’s here message of thanks to all those who made the race possible.

“Sobrang dami! Syempre, by God’s grace talaga na nakasali and nakatapos ako ng race na ‘to. My family for the all out support. My teammates and trail running buddies. Dans, for my gear and nutrition (Nuun, On, Swiftwick Socks). Team BTR for your solid trail races that I consider as long runs. Coach Ige for exposing us to trail running and the inspiration of joining UTMB races. And of course, Jami and Myk for joining training races and pacing me, and for driving me to the mountains to train. Maraming salamat!”

Hoka Trail 201 - Photo by Glairold Recella Hoka Trail 201 gave about 200 runners a mix of talks and runs at the scenic Timberland trails...