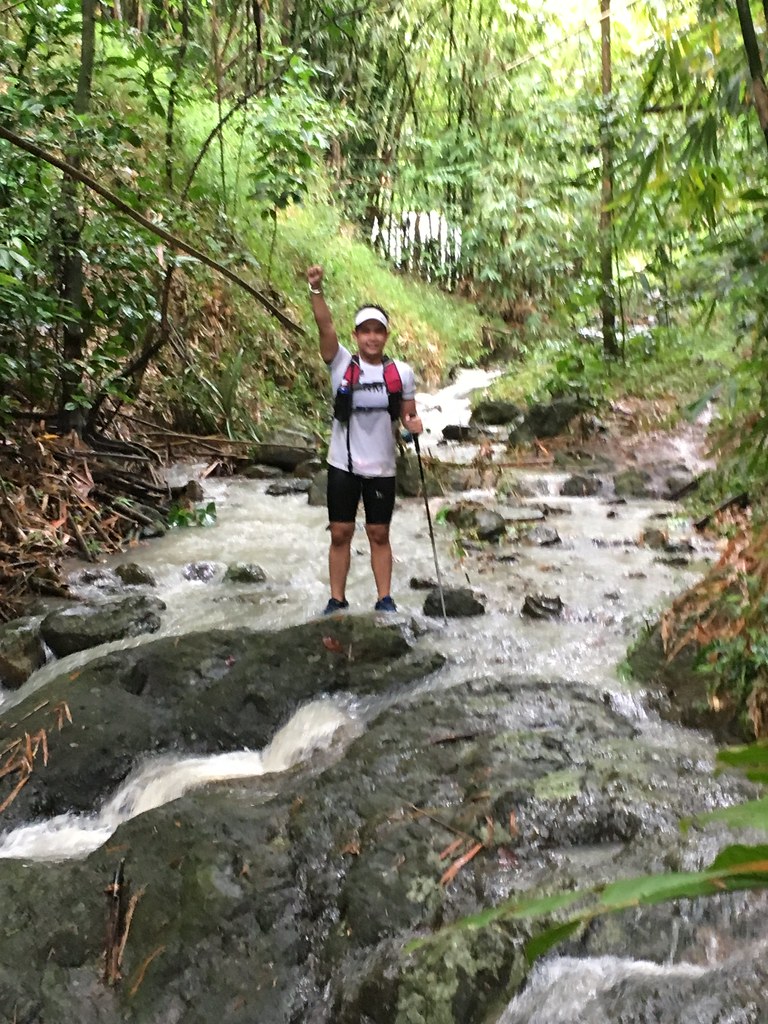 Rough N Tough Mountain Run was my very first trail run event. I never thought of joining a trail event because most of my runs have been road runs.  After being 5 months away from running, I wanted to get back to running since I didn’t want to waste my previous trainings and run mileage.  I started browsing run events and some of my friends also told me that I’ll get stronger with trail running. The distance would feel twice as much as a road run because of the extra challenge on the surface and the elevation. Rough N Tough was scheduled last August 20, 2017 and the 12 kilometer distance would be a great training for my upcoming race on September 27, 2017.

The Night Before the Race 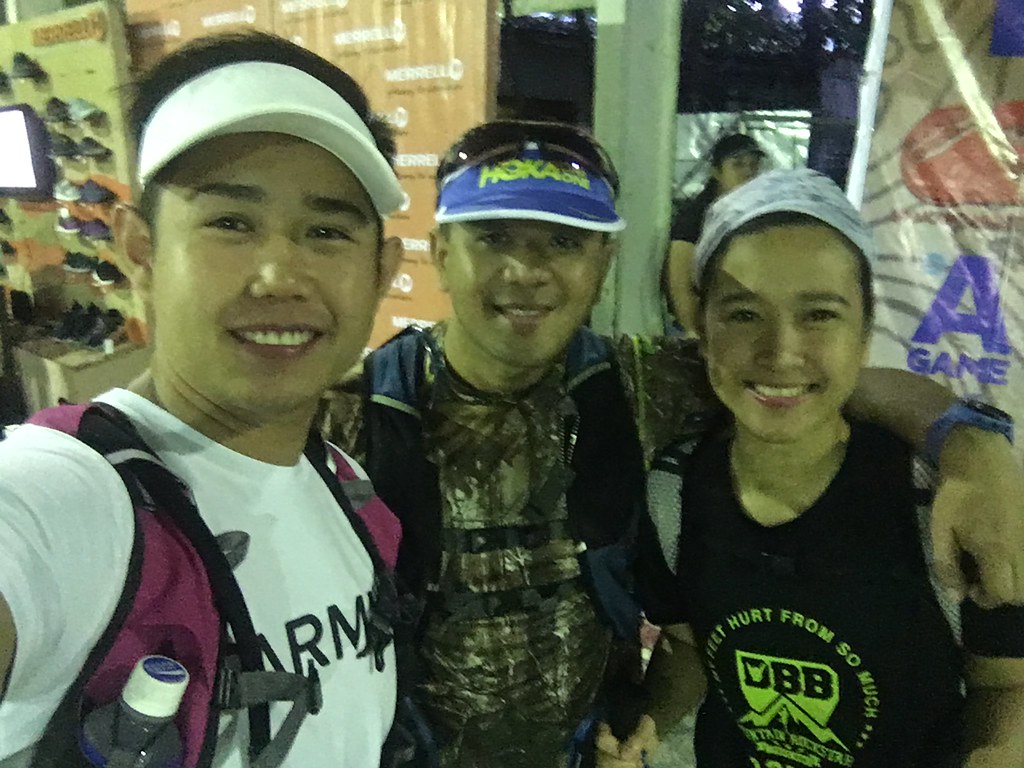 The night before Rough N’ Tough, it was raining hard and my mom won’t allow me to go to the event and as usual I got the familiar sermon, “Baliw ka ba?, Umuulan Tatakbo ka!”  This got me thinking if the event would push through but since there was no announcement on the cancellation of the event, I went to the event site, which is Wawa Dam. In other words, “nagpakabaliw na nga ako.”

I went with my friend Edgar was super early at the Wawa Dam at 3 am since I was worried I won’t get a parking slot.  It was nice to see some friends in the venue but one thing kept bugging me. I need to be back at 10 am since I promised my mom to join her in the morning.  Since I had no idea what happens in a 12K trail run, I was confident to be home early.

6 AM gun start, “Diyos ko, pa ahon kaagad.  I keep telling myself that I can do it and just take it slow and easy and just blitz the trail when it goes flat. 3 kilometers into the trails and it is still an ascending trail.  I felt the past few months without training and even gaining weight lately.  The start was a stretch of road so it felt convenient and when it comes to the trail stretch, it was a muddy one.  Take note, since it was my first time on trails, I was wearing a road shoes, Brooks Ravenna 7. “Pa ahon na, muddy trail pa.” I was sweating endlessly like a leaking faucet.

Road Shoes is not for Trails 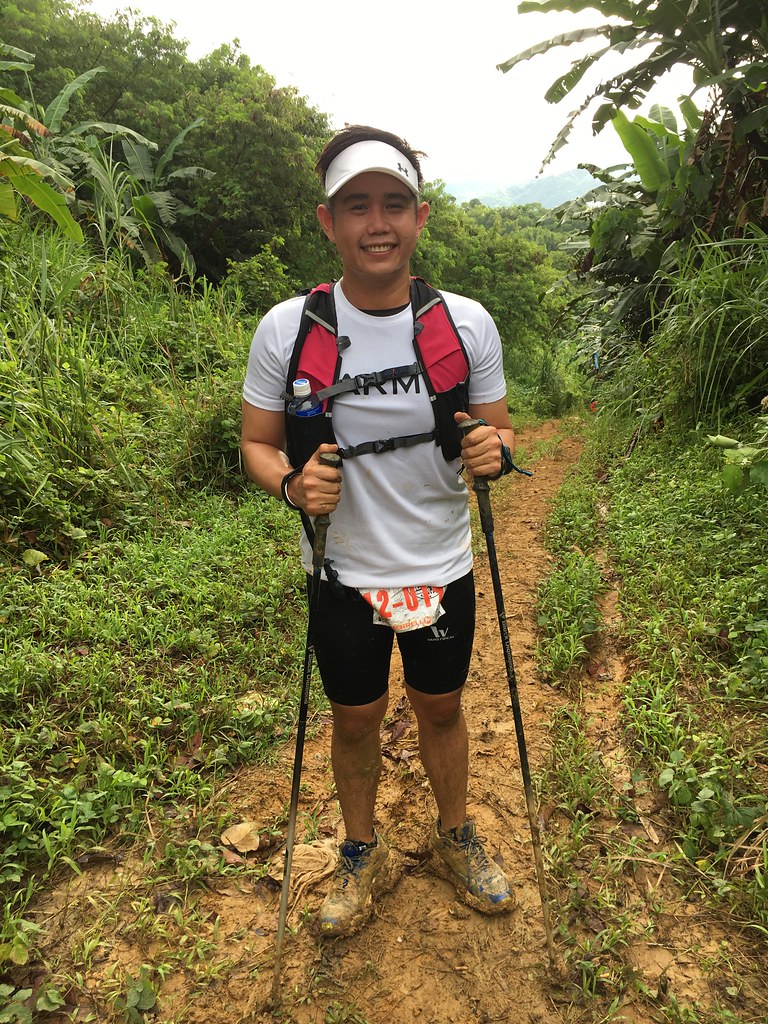 Each step I take with my shoes, I was sliding back and after a few meters, I fell face first on a muddy trail.  I was so shy with people around me.  After my first slip, I fell again and this time I fell on my butt.  “Diyos ko, gusto ko mag Rosario sa kahihiyan.”  I blamed my shoes and told my shoes na makisama naman, wag yung slide ng slide kada tapak kasi di ako umuusad.  Finally, a friend of mine, Franc Ramon, lent me his trekking pole.  It was a big help.  When I saw the hydration station, I was so happy. I ate 3 bananas. Ganito pala kasaya at kahirap ang trail.

After a few meters, there were several river crossings.  I stayed a while there to clean all the mud in my body and my face. This time, some small stones entered mo shoes but I still went on in fear of being cut-off.  I followed the pace of my friends, Franc Ramon and Princess Dela Fuente. Few kilometers away, it was all downhill and instead of stepping on land, you get to step on a slippery stone with nothing to hold on to for support. “Dito, lang beses bumaldog pwet ko, masakit best, promise pero masaya at nakakahiya.”  I guess after this event ubos na ang hiya ko. I also had another unforgettable experience, I had another slide to the left which heads to a ravine and fortunately, I was able to hang on a small banana tree.  “Ang bait ni Franc, may picture pa ako sa puno nay un.”

It’s Not Called Rough N Tough for Nothing 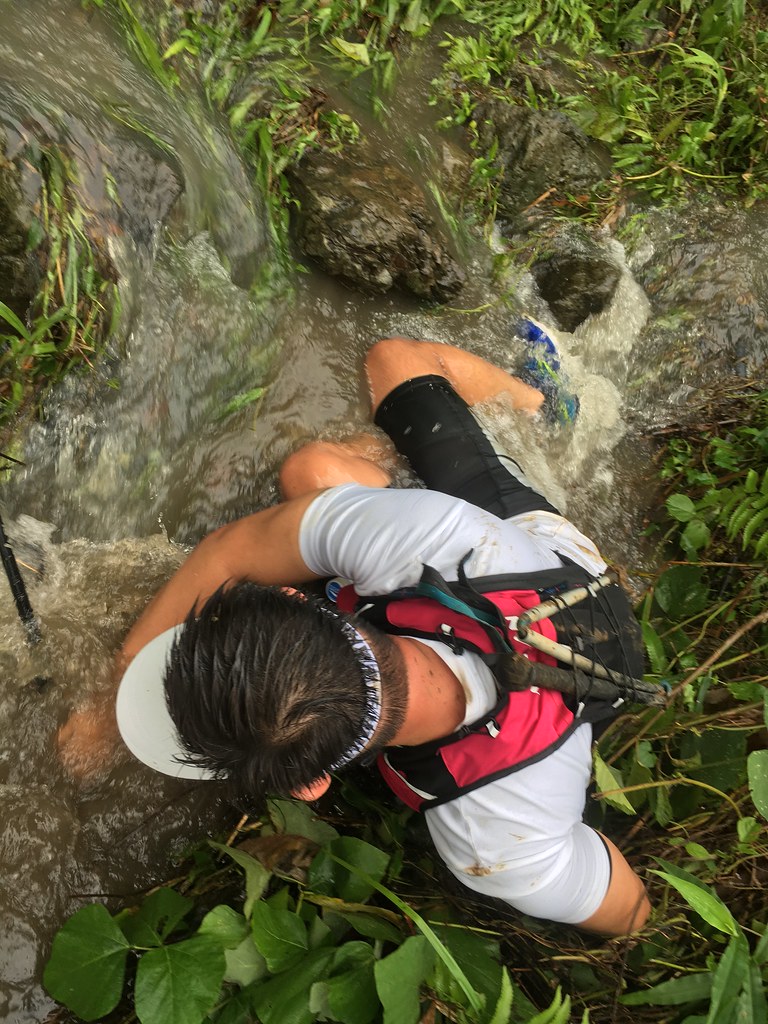 I had a lot of first here like going on river crossing. I thought that it’s just shallow but ended up on the deeper part of the river.  Lesson learned, stay close to people in front of you so they’ll be your benchmark on the rivers.  Another situation that was so funny, I thought there was a u-turn since I saw Princess running back. It turned out there was a cow in front of her and we had to squeeze ourselves in the grassy area so it can pass.   I also was almost injured because my foot got stock on a bamboo bridge.  It was good that there were event marshals who freed up my feet on the bridge.  I also broke one of the trekking pole Franc lent me when I fell.  Nakakahiya talaga.

Nearing the finish line, I saw the beauty of Wawa Dam. We took the opportunity for photo ops and selfies.  I was really amazed by this run. I finished my first 12K run in 2 hours and 56 minutes. I’m looking forward to my next Rough N Tough event, worth  it lahat ng sakit na nararamdaman ko.

Love at First Use: Hoka One One Torrent

Last Sept 2, I had my first 21 km trail run for this year and my first time to use the Hoka brand as my trail shoes. Straight out of the...

Trail Chick Trail Chick Maica is back as she runs Run 2 Me, which is her longest run to date.  Run 2...