DBB Mountain Rockstar was not an easy journey.  It’s a climbfest for the first part of the race and you had to deal with the heat of the sun on the latter part of the race.  Mount Batolusong was a scenic backdrop as we huffed and puffed our way through the summit.

After the long and arduous climb of about 5 kilometers, we finally see an arch at the summit.   There’s a burst of energy that finally the climb is over and looking forward to the downhill part of the race. BUT… It’s a TRAP.  Upon reaching the arch, it turns out that it’s the u-turn slot for the 21K runners and10K runners like me still had to go to about half a kilometer and a steep climb to the Rangyas Peak.  It’s not a DBB race if there were no surprises like this.  It’s never easy but since we’re earning the Mountain Rockstar title then it’s a GO! 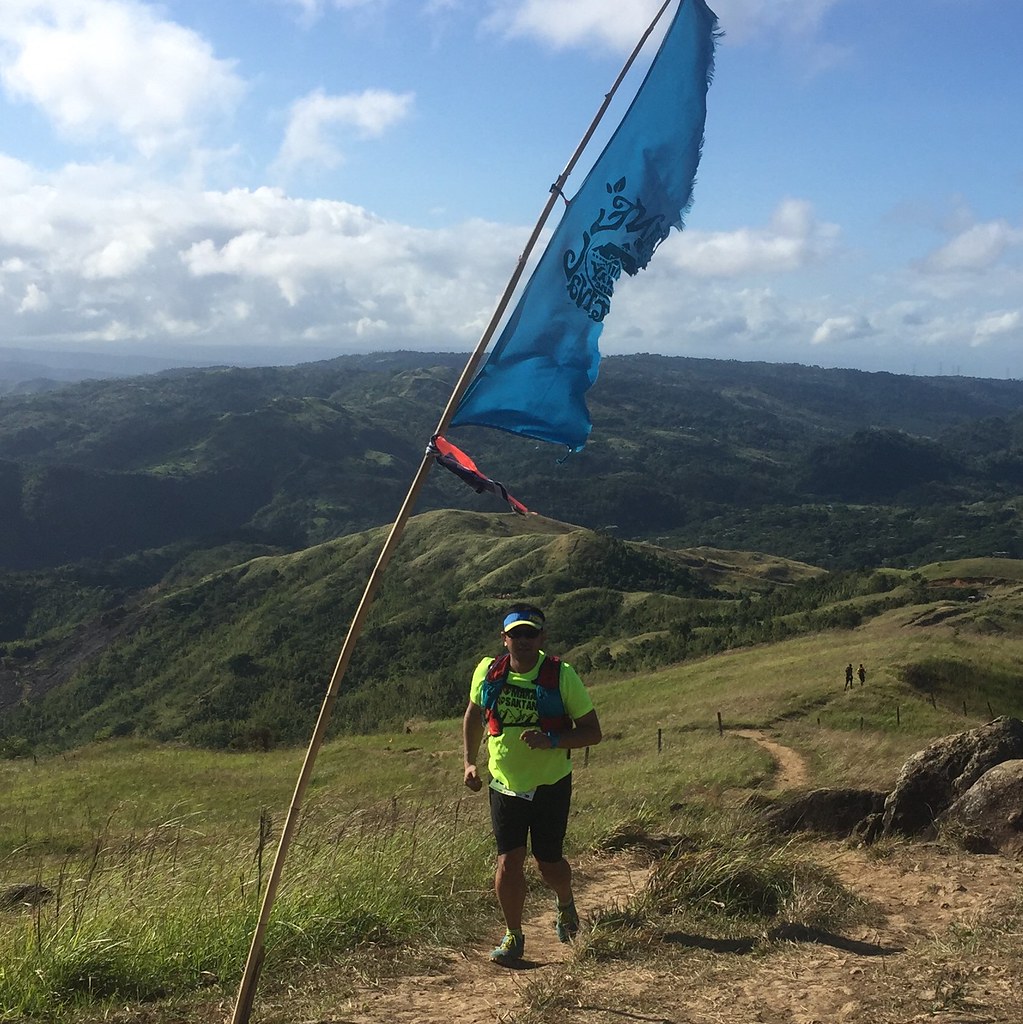 I’ve done 11K Bravehearts, 15K Mount Sembrano and instead of going for a Grand Slam of 21K/50K, I opted to go short and fast 10K. It’s my second year doing DBB Mountain Rockstar and I opted for the shorter 10K since it’s been really hot lately.  I also wanted to see if I can beat my time last year at 3 hours.  It’s about the same loop so it would be a nice test.

The first kilometer was moderate from the start area but I opted to take it slow.  I wanted to be fresh when the climbs starts mid way the second kilometer.  This was the easy part and the next was pure ascents.  Short run and brisk walks but I kept in mind that I had to conserve energy for the climb. 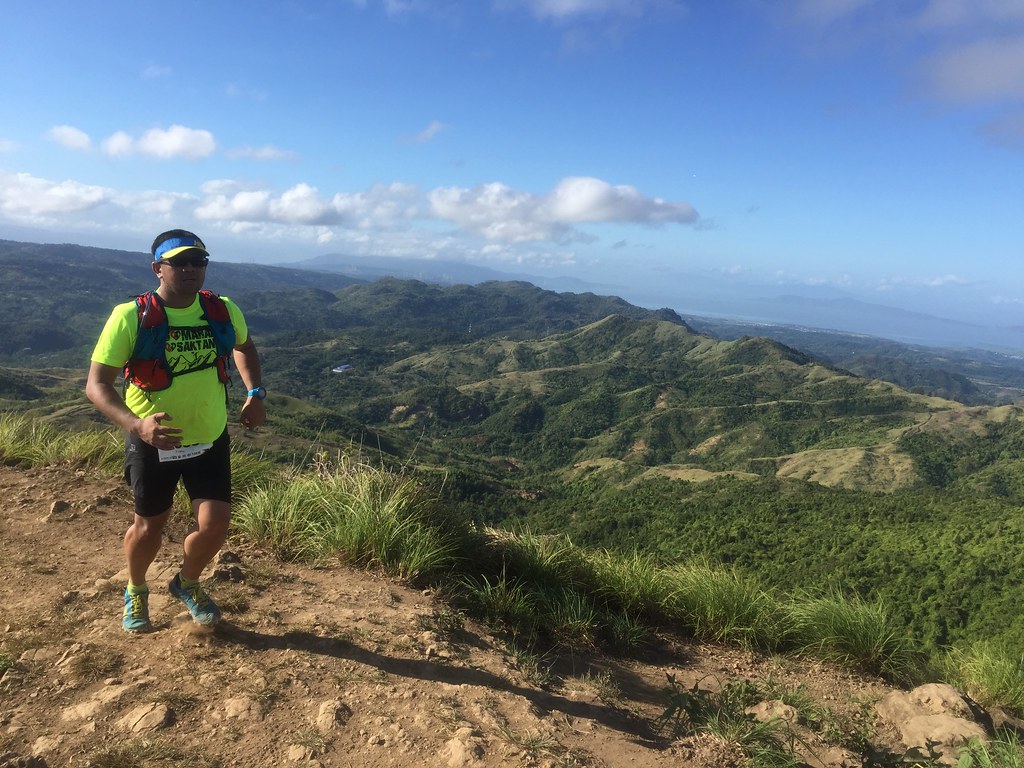 The climbs starts about 1.5 kilometers into the race and coming from last year’s experience, this won’t be easy.  I kept the walking pace with a few breathing stops on the way to the steep ascent.  There were 21K runners also descending the course so there were stretches were you had to let them pass first on the single tracks.  The goal was to be consistent and try to work from there.  I kept resting stops to a few seconds and would time it on the flatter portions of the race.  Resting on inclines can still be taxing on the legs so I always make it a point to rest on flatter grounds.

The ascents were endless but it helps that I had been able to cover a lot of altitude lately including last Month’s Mount Sembrano.  I would take a short breather before each assault and tried to divide the climb by segments.  I’ve reached the aid station around the 3rd kilometer and then the climb continues again.  I’ve met Jun Santiago mid way to the ascent and paced with him until the summit.  Approaching the 5th kilometer, we saw the arch and was really happy to know that the climb would be over. 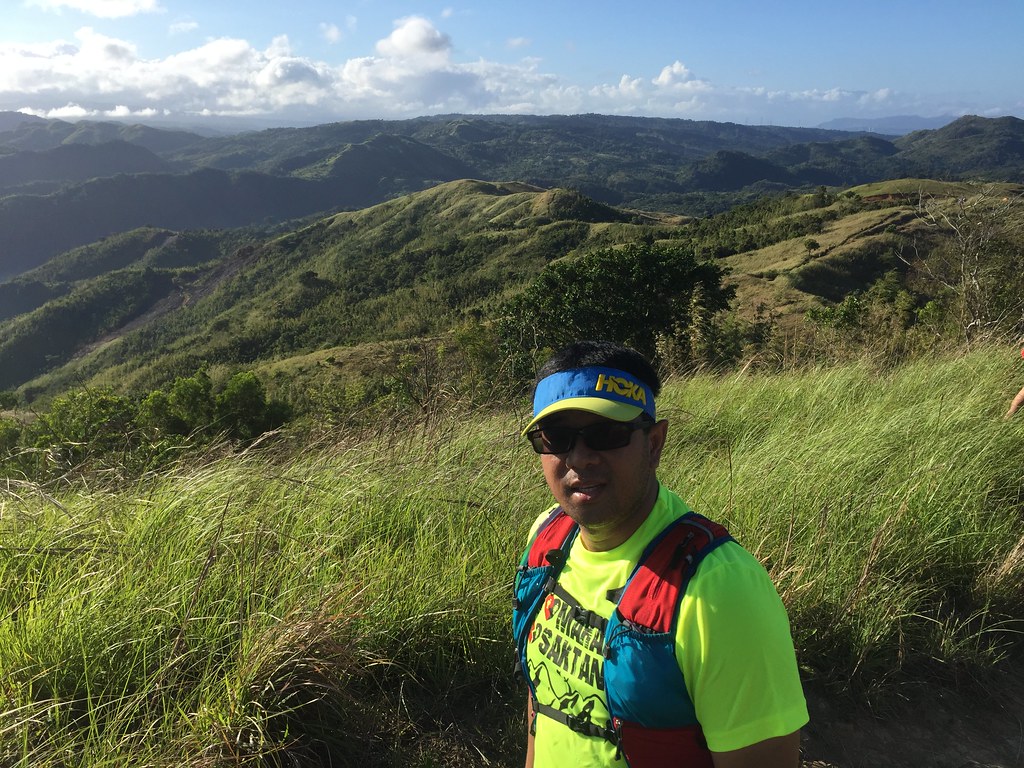 Upon reaching the arch, we then saw that it was the u-turn for the 21K runners.  The marshal then pointed a higher mountain, which is Ranyas Peak, for us to climb.  There’s always a trap but I’m glad somehow believing that the arch was the end of the climb had me pushing harder than I used to.  It was still another 600-700 meters of ascending trails.  We went forward to the climb taking a few stretches at a time.  Surprisingly, we just had a few rest stops until the summit.  It was also getting hot so it makes it a lot harder to stop.  We had to rappel over a rock to reach the summit.

It was beautiful. I missed this view last year since it was foggy last year.  We had a wilder trail last year but it was extremely hot this year so it was a totally different experience.  We then headed to the descent and I’ve really been waiting for this part of the race.

I’ve been waiting for the part all race long.  I’m even dressed for the part as I was using my Hoka One One Evo Jawz with its shark-teeth like lugs that gives a solid traction on the descents.  I started the downhill stretch at a brisk walk pace and ended up running a few stretches.  It was time to fly and I enjoyed running over the ridges. The sun was getting excruciatingly hot so might as well speed up. 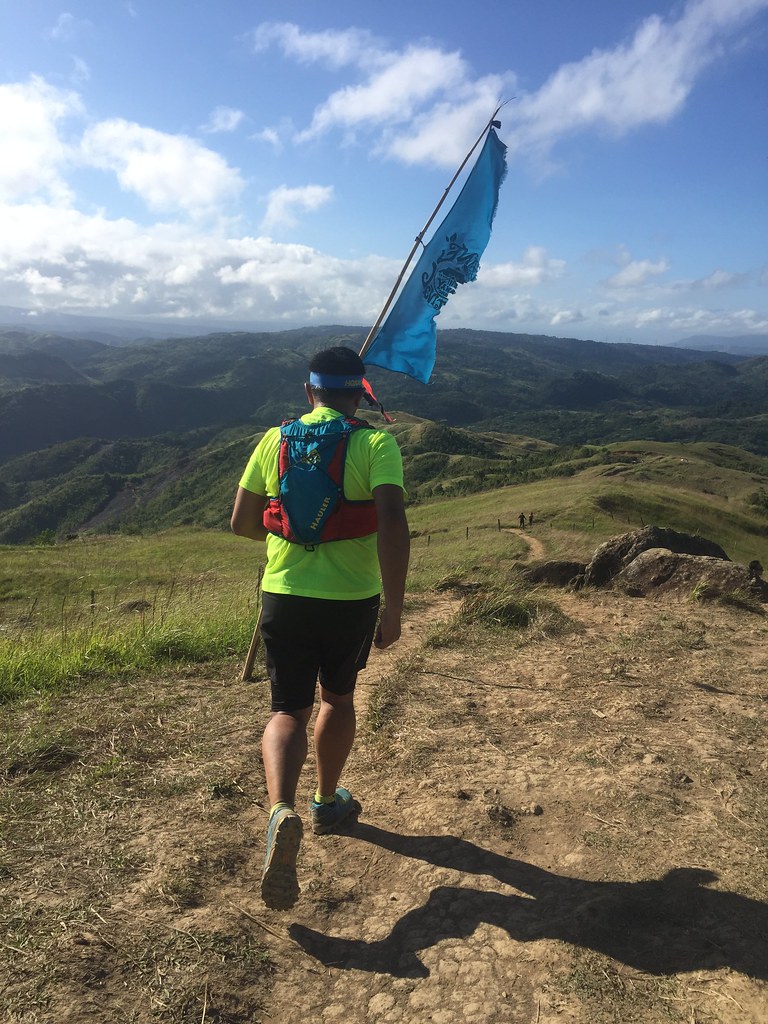 Yes, I’m a Rockstar. I might as well play that part on the drops.  The run-able descents lasted until the aid station, which shifted to technical descents.  I went back to a brisk walk pace with a few runs on smoother parts of the trails.  It was a more than a kilometer of technical trails but being comfortable with the traction of my shoes, I managed to speed up a bit until I reached the bottom of the trail and the final 1.5 kilometer of the race.  I went on with a few run-walk sets heading to the finish line at around 2:50, which was about 10 minutes faster than last year’s race. 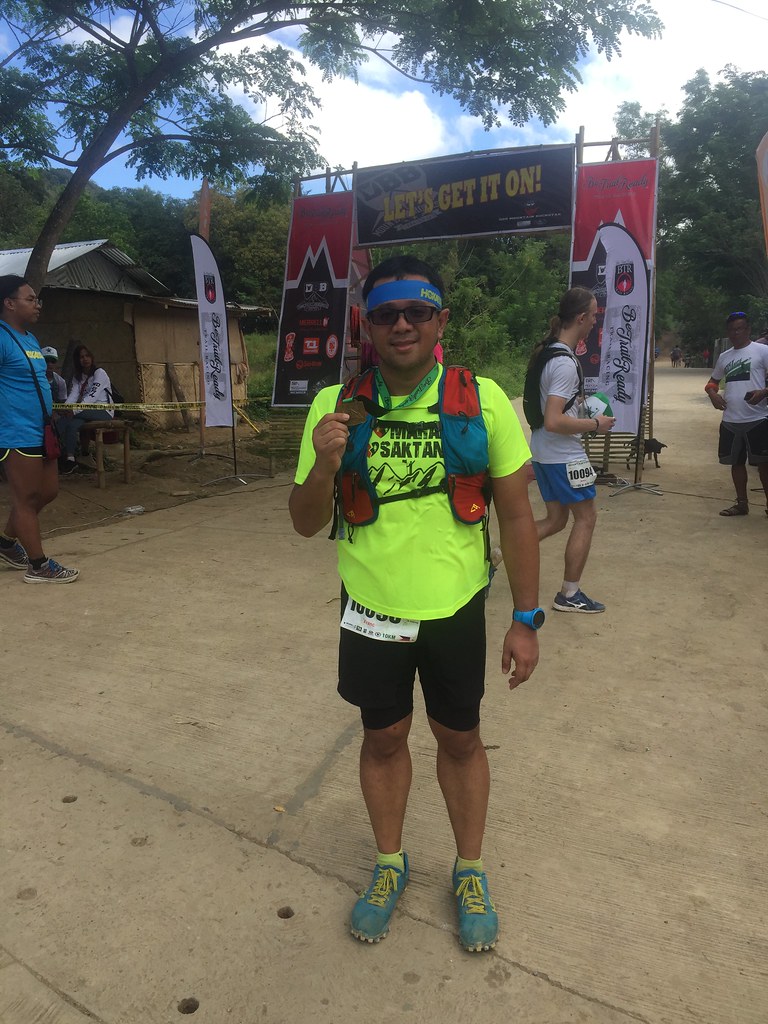 OATM 2 “We’re really happy with the OATM 2 as we were not only able to convince people to check out nature and enjoy trail running,...

ON a Trail Mission Accomplished